I realize this probably seems oddly out of place to most people – but
due South was my main fandom for a couple of years and I love it so very
much. Before I started crocheting I sewed the occasional doll
from fabric, and so naturally when I fell hard into this fandom in early
2010 I immediately had to make dolls. Then a few months later I started
crocheting, so what’s a girl to do? I made more due South dolls. I
stopped myself short of making all three leads in the big doll style,
but I still ended up with 3 fabric dolls, 3 small dolls, and 1 big Ray
Kowalski. Because RayK. <3 And then 5 years or so later, I ‘accidentally’ made another Fraser and RayK doll and brought them to Whitehorse with me on an adventure!

The original Fraser!doll. I wanted to make him a hat but couldn’t figure out how… so he is hat-less. However, his belts and jacket come off so you can see his suspenders! And the original Ray Kowalski doll. 🙂 Fraser with his first Ray. 🙂 My boys all together, because OT3 works too. <3 Fast
forward about a year, and it’s crochet time! I was trying to go for a
kinda beanie baby look (they actually are filled with little plastic
beans), but it didn’t quite work out as I had hoped. Oh well. And still
no hat for Fraser, I couldn’t figure out how to make a little crochet
Mountie hat. I could probably figure something out now, but doubt I’ll
ever get around to it. And Fraser and RayV <3 Big RayK doll! Because I needed a cuddly Ray Kowalski. Made based on Pixelated Mushroom’s pattern. Three RayK dolls… that’s not too many, right? The
due South cube in  my display cube in my living room (where I keep most
of my action figures, Funko Pops, and random crochet dolls). The 4
ornaments were made with yarn and plastic mesh a few years back –
including a festive Dief! And the little felt Fraser and big!RayK is
cuddling was made by a friend of mine for my birthday. Little Fraser is
also sitting in an RCMP mug that I got… somewhere. I think it was when
I went to the Yukon in 2012. So fastforward another 5 years from the above, and I made new Fraser and RayK dolls! I wanted to re-make them since I’ve gotten a lot better over the years and the old ones look a bit… chubby. And Fraser has hair issues. Still can’t figure out that damned Mountie hat, though. I got closer this time, but it just didn’t look right and he was cuter without it. 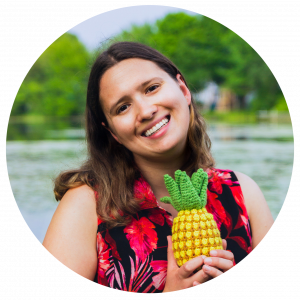 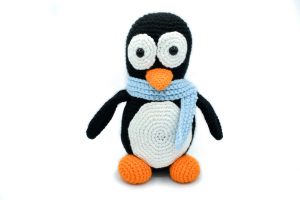 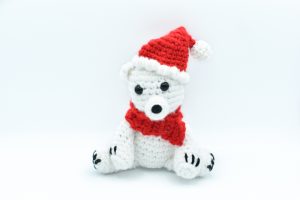 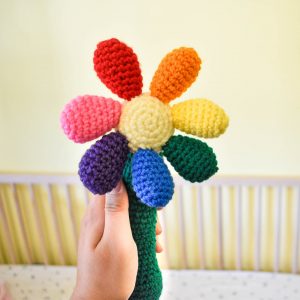 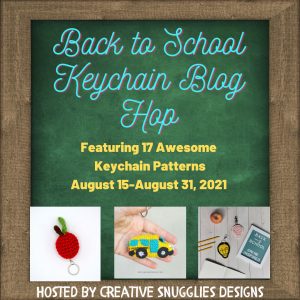