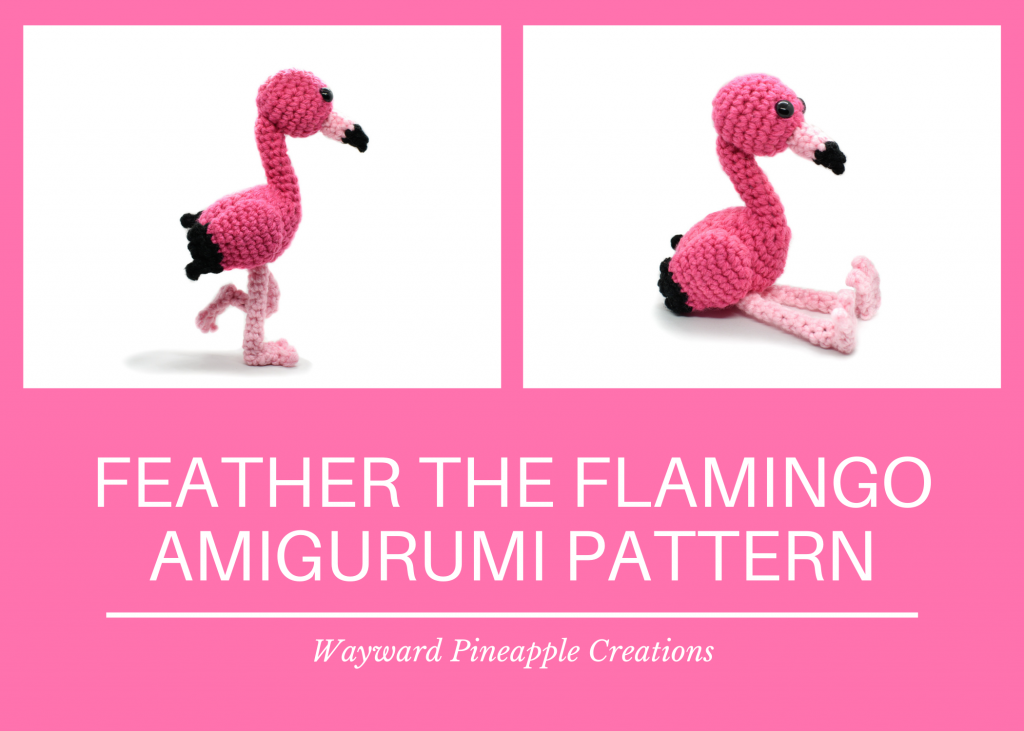 Affiliate Links Disclaimer:  This blog post contains affiliate links and I make a small commission off any purchase you make when you click on them.

Introducing Feather the Flamingo! Isn’t she cute? I love her. <3 Feather lives on a tropical island with her best friends Tommy Turtle and Veronica Sloth. She loves to play on the beach with her friends, even if they can’t run as fast as she can!

Why Feather, you might be wondering? Where is this all coming from? Well, since last year I’ve been toying around with an idea for a LGBT-themed children’s book about a flamingo named Feather and her girlfriend, using my crochet photos for some of the illustrations. Feather was separated from her family when she was very young and ended up living on a tropical island being raised by the Turtle and Sloth families. Eventually she’s going to go on an adventure and meet a fellow flamingo who will be her future girlfriend. <3 I have the story plotted out in my mind, I just… can’t seem to put pen to paper. One day!

As for the name Feather, aside from just seeming apropos it’s also a nod to Don Featherstone, the inventor of the pink lawn flamingo. Look up pictures of him, you won’t regret it! He sounds like he was a real character.

I made the first version of Feather a year ago, and she’s mainly been my hat model ever since. The Halloween witch’s hat she’s sporting below is available as a free pattern HERE, and I’m planning to write up the Santa hat eventually too. Several people have expressed interest in making the flamingo herself so I re-made her, wrote up the pattern, and here she is!

Note: The witch hat pictured in some of these photos is available as a free pattern. Sew one to your flamingo’s head and she’ll be all ready for Halloween!

– Available offline & perfect for printing or downloading to your mobile devices

In addition to the benefits above, your support will be greatly appreciated and will help me to continue designing and offering patterns to you! 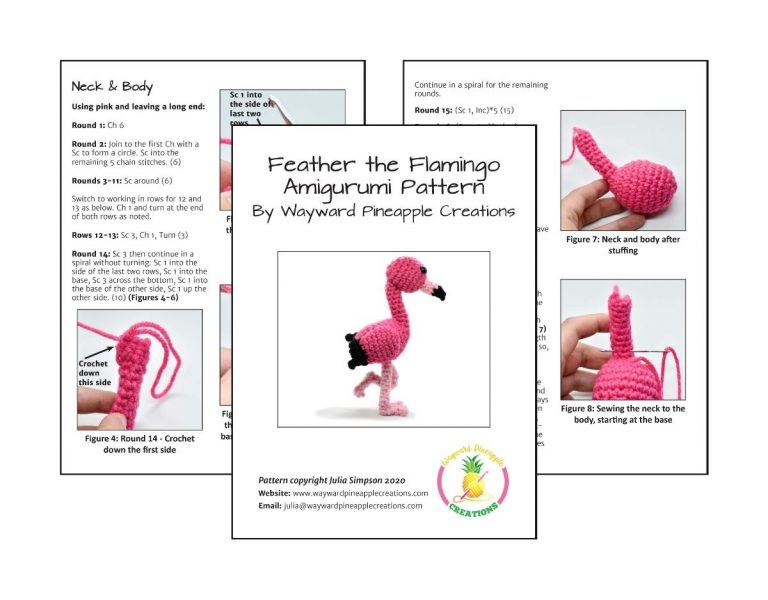 I hope you enjoy this pattern, and if you have any questions please don’t hesitate to comment below or email me.

And if you made your own Feather the Flamingo I would love to see a picture on Instagram! Make sure to tag me so I don’t miss it, @waywardpineapplecreations. 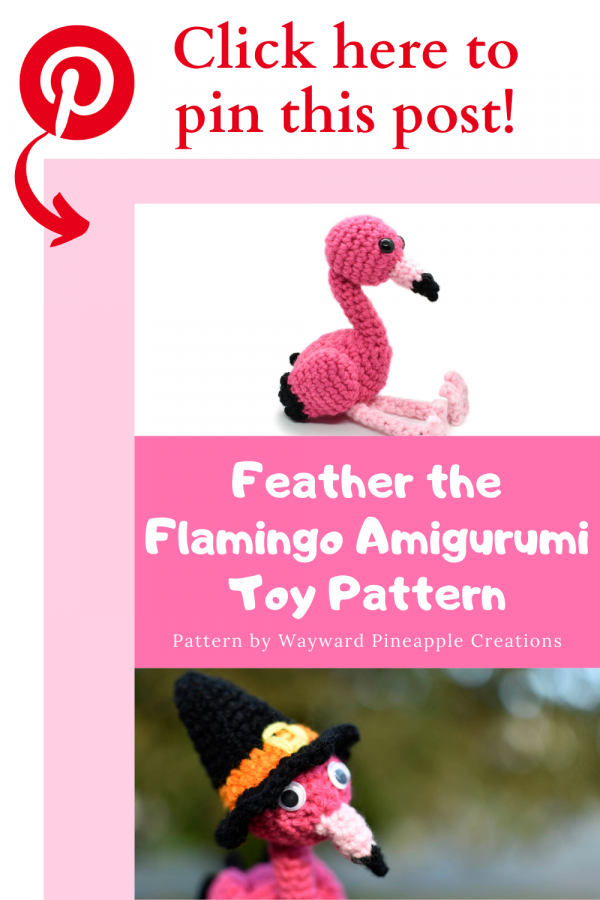 © Wayward Pineapple Creations | Julia Simpson  This pattern and all related images are copyright protected. You may sell items made from my patterns, but please do not copy/paste, distribute, or alter the pattern and claim it as your own.

One thought on “Feather the Flamingo Amigurumi Pattern”